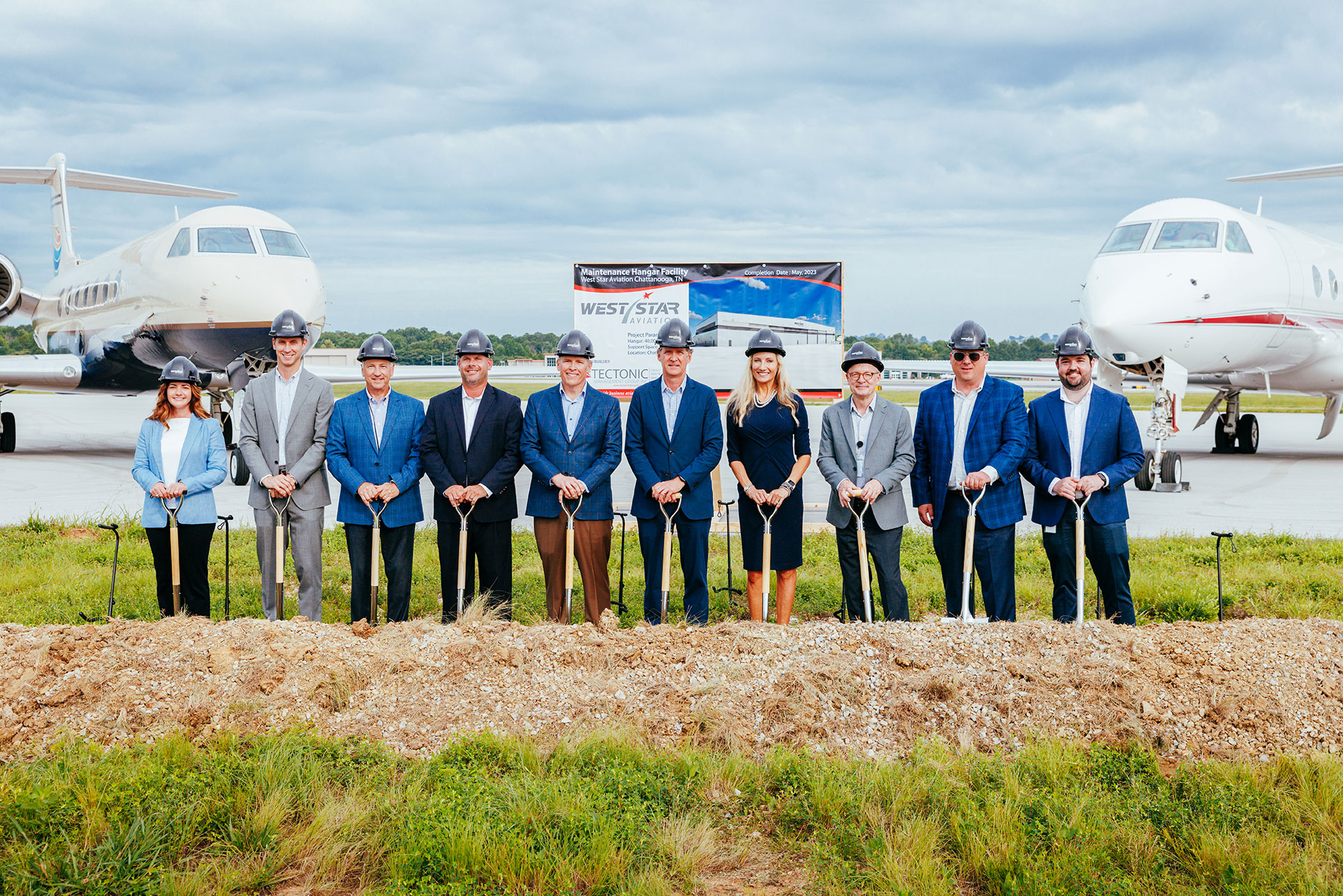 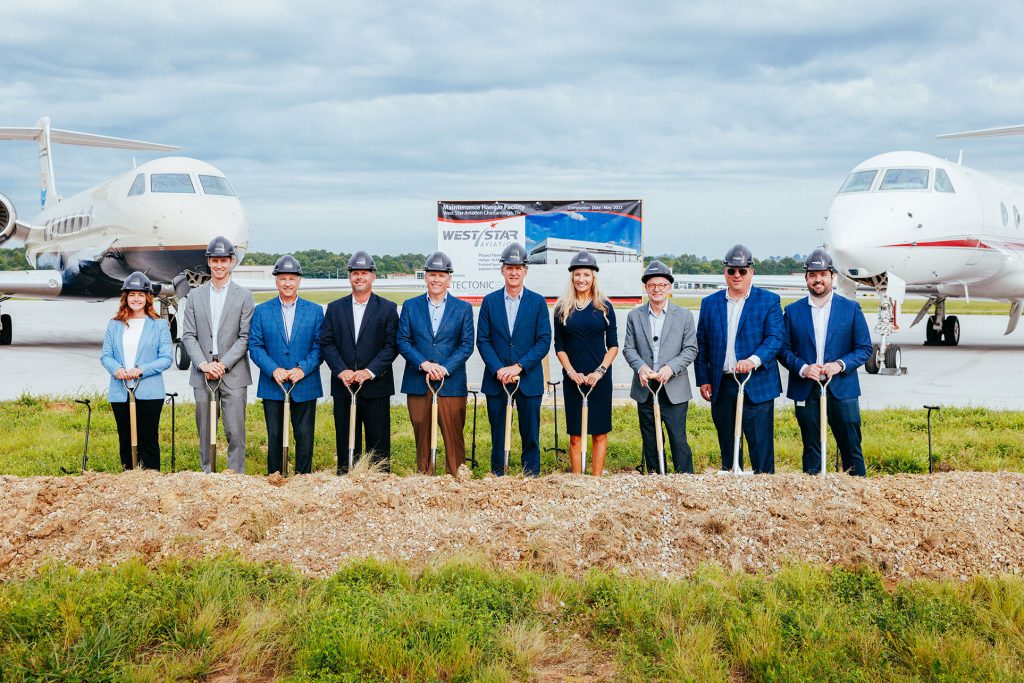 West Star Aviation has officially launched its expansion program at their Chattanooga, TN (CHA) location, marking the occasion with a groundbreaking ceremony on July 13th with actual construction starting the same day.

The all-new hangar complex will consist of 40,000 sq. ft. of active hangar space and an additional 17,000 sq. ft. of shop and support space. Additionally, West Star has started retrofitting one of its existing hangars to include a new design studio, customer accommodations and nearly double their Interior Shop capacity. The complete planned expansion at the CHA location will increase the total operational footprint from 179,828 sq. ft. to approximately 262,816 sq. ft. effectively. The construction should be complete in less than a year, with a June 2023 expected completion date.

“We are very excited to start this expansion project and look forward to completion of the construction bringing 100+ more jobs to the local community along with offering our valued customers the additional space to complete their maintenance projects,” said Steve Goede, General Manager (CHA).

West Star would like to thank those that attended the event in celebration of this historic moment for the city and company combined. Those pictured in order of appearance (from left to right):

Honeywell Primus 880 Series Radars Near End Of Life – Are you prepared? »
« Promotion of Tony Moorehead to Quality Manager (PCD)