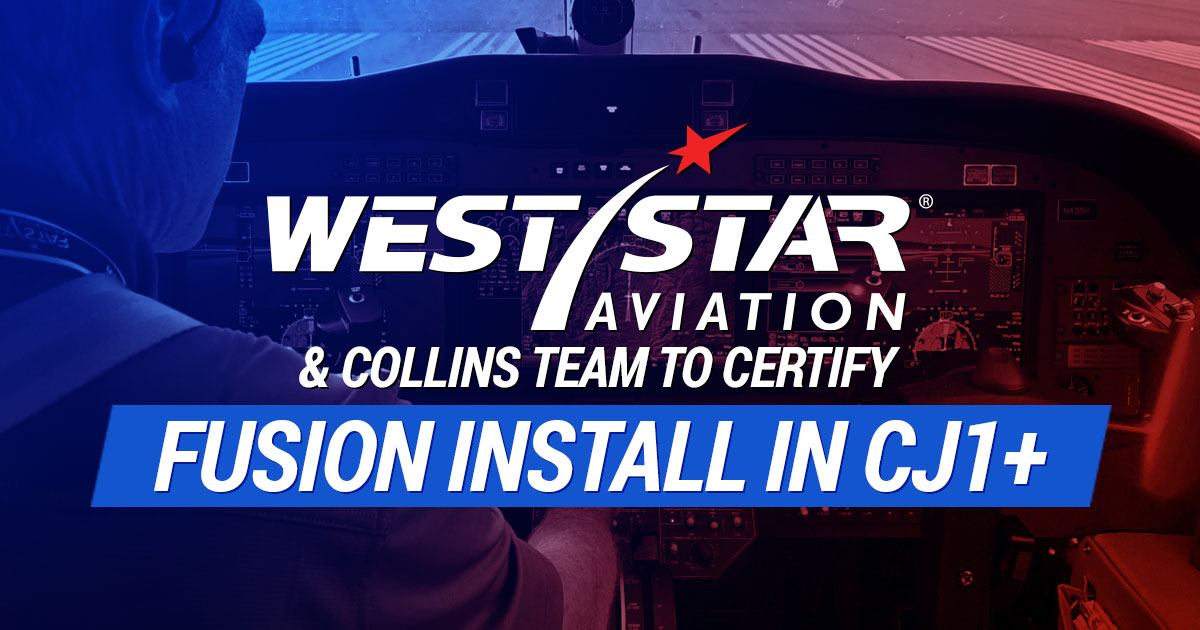 West Star is pleased is announce a successful strategic partnership with Collins Aerospace in completing the first CJ 1+ STC for a Pro Line Fusion® upgrade including all of the Fusion Optional Items. The project was performed, completed and recently delivered at West Star’s Grand Junction, CO (GJT) facility.

Additionally, the Fusion upgrade and first certification on this Citation model was completed on Astronaut Hall of Fame member, Charlie Precourt’s aircraft. A veteran Astronaut, Precourt was a member of the shuttle missions Columbia (STS-55), Atlantis (STS-71, STS-84) and Discovery (STS-91).

West Star performed all the aircraft modifications and supported engineering efforts, while the STC development and flight-testing was completed by Collins Aerospace at our Grand Junction facility. Mr. Precourt’s aircraft was successfully delivered on June 4th, 2021.

West Star continues to be an industry leader in Avionics Retrofit Programs for Citation and various other airframes.  For more information on this project or to schedule work, please contact one of the Citation Specialists below: