Confused About The 5G Rollout?  We Hear You. 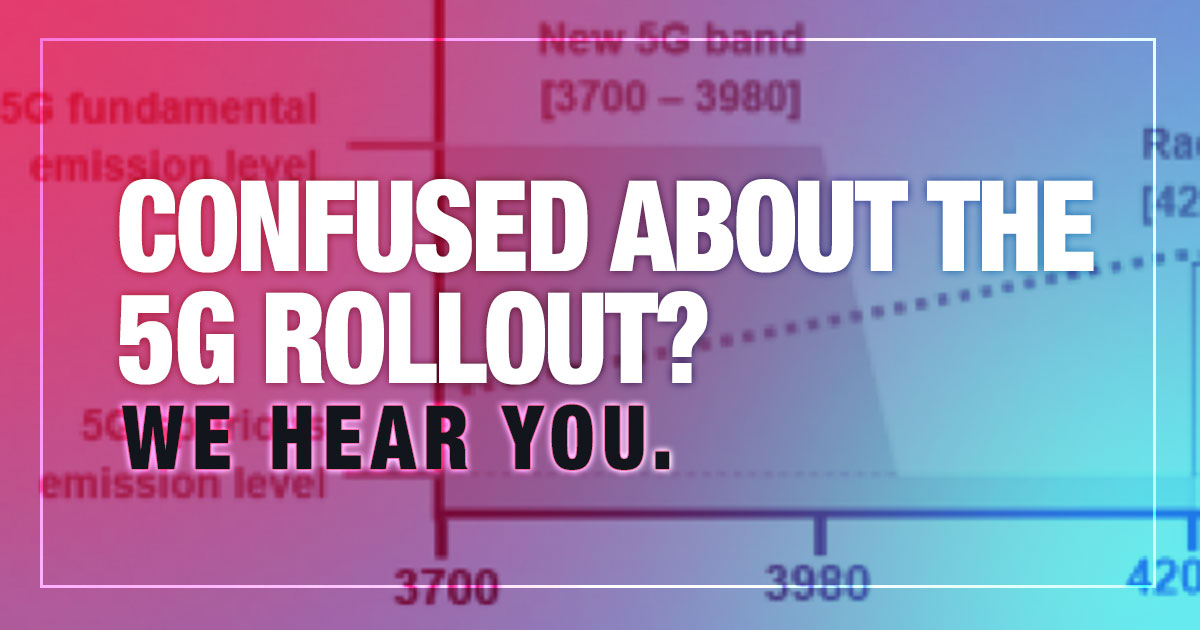 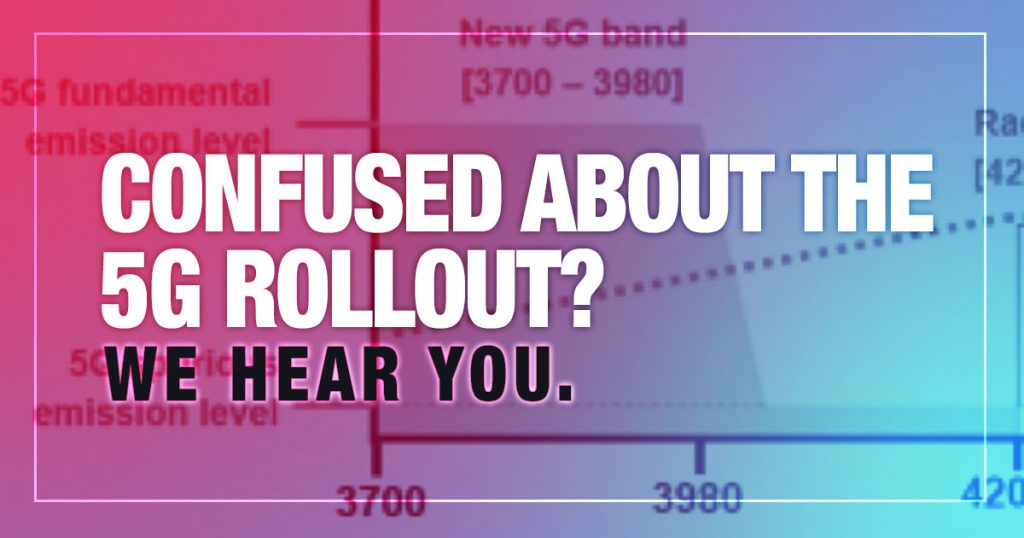 Interference in this situation could be caused by the Radar Altimeter Receiver Bandwidth being wide enough that new 5G transmission may affect the system operation.

As seen in this graphic below, new terrestrial 5G cellphone transmissions as licensed by the FCC operate between 3700 and 3980 Mhz. By FAA and International regulation aircraft Radar Altimeters operate between 4200 and 4400 Mhz.

But as you will notice in the above diagram you can see that 5G drops off substantially in power at its allowed frequency bandwidth – Blue Area. Conversely though Radar Altimeter Transmitter bandwidth is restricted to 4200 – 4400 Mhz- Yellow Area, its receiver has a much wider spread to its receiver bandwidth to pick up signals – (indicated by green dotted line)

So how can this be, if allowable frequency is dictated to the above frequencies by FCC & FAA, how come Radar Altimeter receivers are allowed exceeds specification?

In this case, Radar Altimeters are built to what we call a TSO Specification, TSO-87a. This TSO was initially in 1966 and updated in 2012. The TSO sets the International Transmitter frequency to 4200 to 4400 Mhz. However, the TSO does not include any specific requirements regarding interference nor receiver Bandwidth. Back in 1966, 4200 – 4400 Mhz and its surrounding frequency space was vacant.

What is the solution?

Manufacturers of legacy and current production Radar Altimeter equipment are working on a Filter that when placed in-line with the Radar Altimeter antenna coax will limit the receiver to the specified 4200 – 4400 Mhz bandwidth. As of now this has not been approved by the FAA but expect a solution soon.

How Can Radar Altimeter Interference Cause Loss of Situational Awareness?

The radar altimeter plays a critical role in providing Situational Awareness by providing a displayed indication of height above terrain to the flight crew, they also form the basis of auditory altitude callouts during terminal landing procedures, as well as TCAS/ACAS and TAWS/EGPWS advisories and warnings.

If you have any questions regarding 5G rollout and its effect on aviation, please contact one of the West Star Avionics Specialists below: