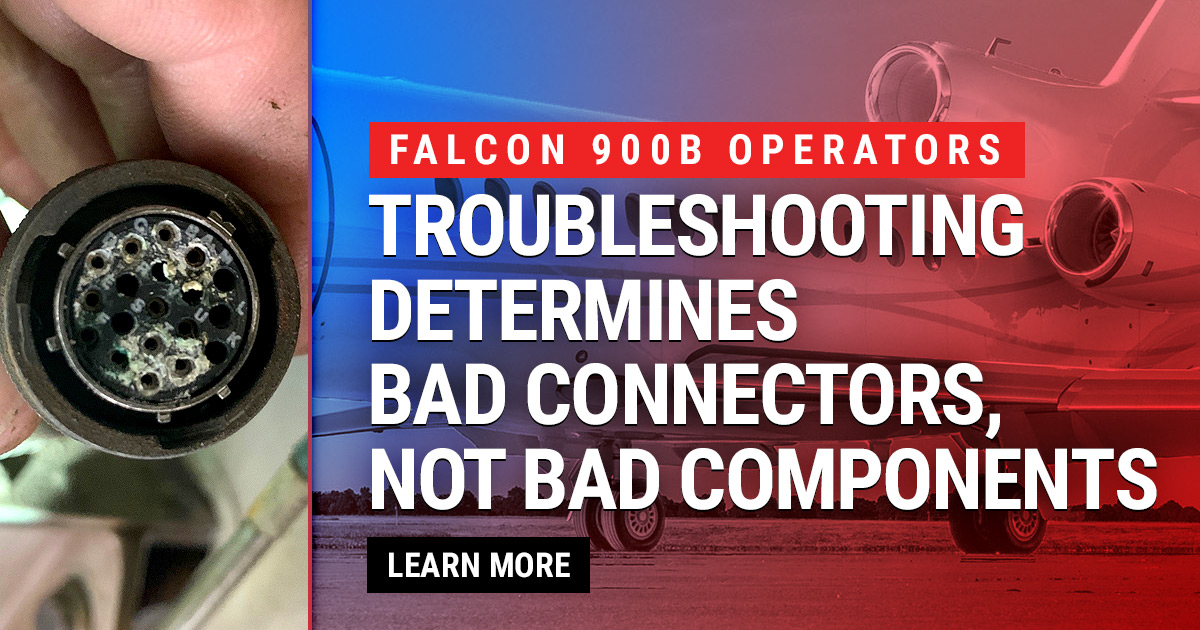 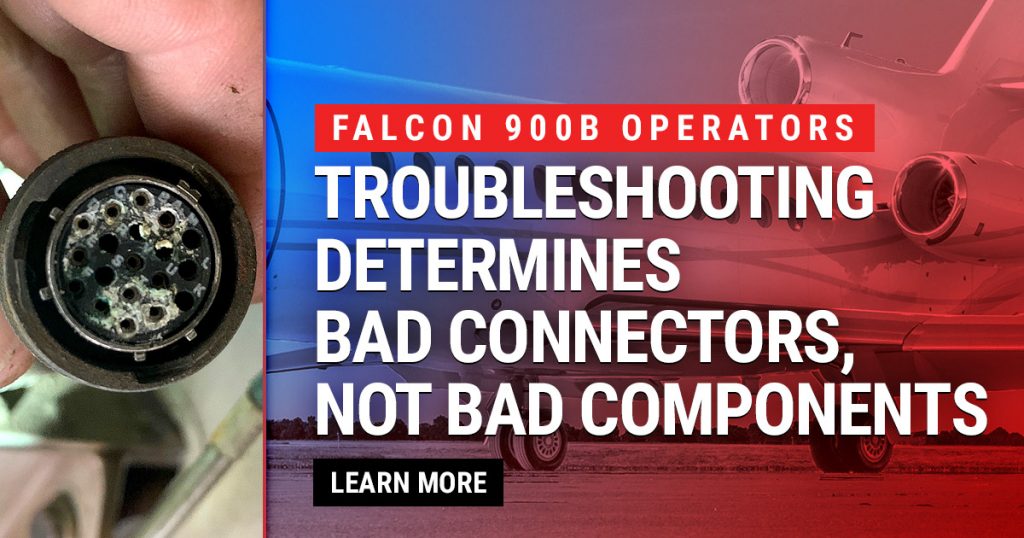 West Star Aviation has long been a trusted resource for Falcon operators, with highly experienced Falcon technical teams. Specifically, 18 to 24-year-old Falcon 900B aircraft are discovering that numerous connectors had failed due to either corrosion or other material failures.  These failures can affect numerous systems throughout the aircraft (Reference attached image and Falcon Maintenance Manual
procedure 00-00-00-730-801).

In two instances, the West Star Aviation East Alton, IL facility (ALN) completed two complete connector changes to affected aircraft.  Operators had experienced numerous faults throughout various aircraft systems.  Detailed troubleshooting identified that the issues were being caused by faulty connectors and not faulty components.  However, in some instances, the faulty connectors can cause the associated component to fail.

After loss of dispatchability, the decision was made to replace all affected connectors during a routine inspection.  The affected aircraft were then returned to service, squawk-free and dispatchability restored.

As the connector list is extensive, if you are experiencing system faults in your older Falcon 900B, please contact the West Star Aviation Falcon Team below for more information and assistance.